" A one of a kind professional stage instrument
that will turn heads and last a lifetime."

FREE How to Play A CBG CD and Slide with Every CBG order! 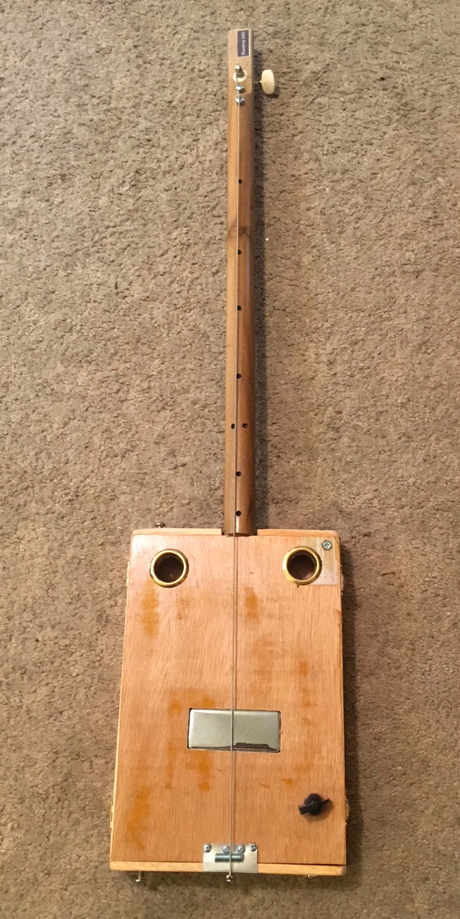 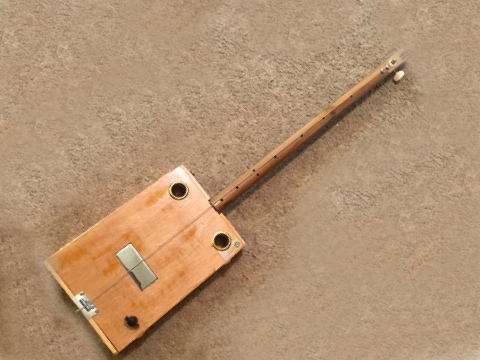 Diddley bows are becoming extremely popular, especially for people who have tried and not succeeded in playing a 'regular' guitar.

Several Coats of Lacquer For Years of Protection

What Is A Diddley Bow?

The diddley bow may have been the first instrument that produced the sound of sliding rhythm and the whines and cries of a single string that later became the distinctive sound known today as the "Blues". It was common to the rural south in the 1800's and was made by taking a piece of broom or cotton wire and stretching it between two nails tied to the side of a wooden frame house, with a bottle or "snuff can" wedged under the wire to create tension for pitch. The string was plucked while sliding a piece of metal or glass on it to produce notes. The "diddley bow" is similiar to an African one-string instrument that was called an "Umakweyana."

"In Africa, too, these instruments have been overlooked or not found worth reporting. For this reason we have notable gaps in our African distribution map. Monochord zithers are common in a relatively compact region of Africa including southeastern Nigeria, southern Cameroon, Gabon, Equatorial Guinea, the Republic of Congo, and the southwestern tip of the Central African Republic....[the instruments] are played mostly by two (male) youngsters, one striking the string with two sticks, the other altering its pitch by stopping the string with a knife, bottle, or other object, often sliding along it." Gerhard Kubik

A song recorded by Bluesboy Jag on a Diddley Bow

Free slide and How To Play A CBG Video CD